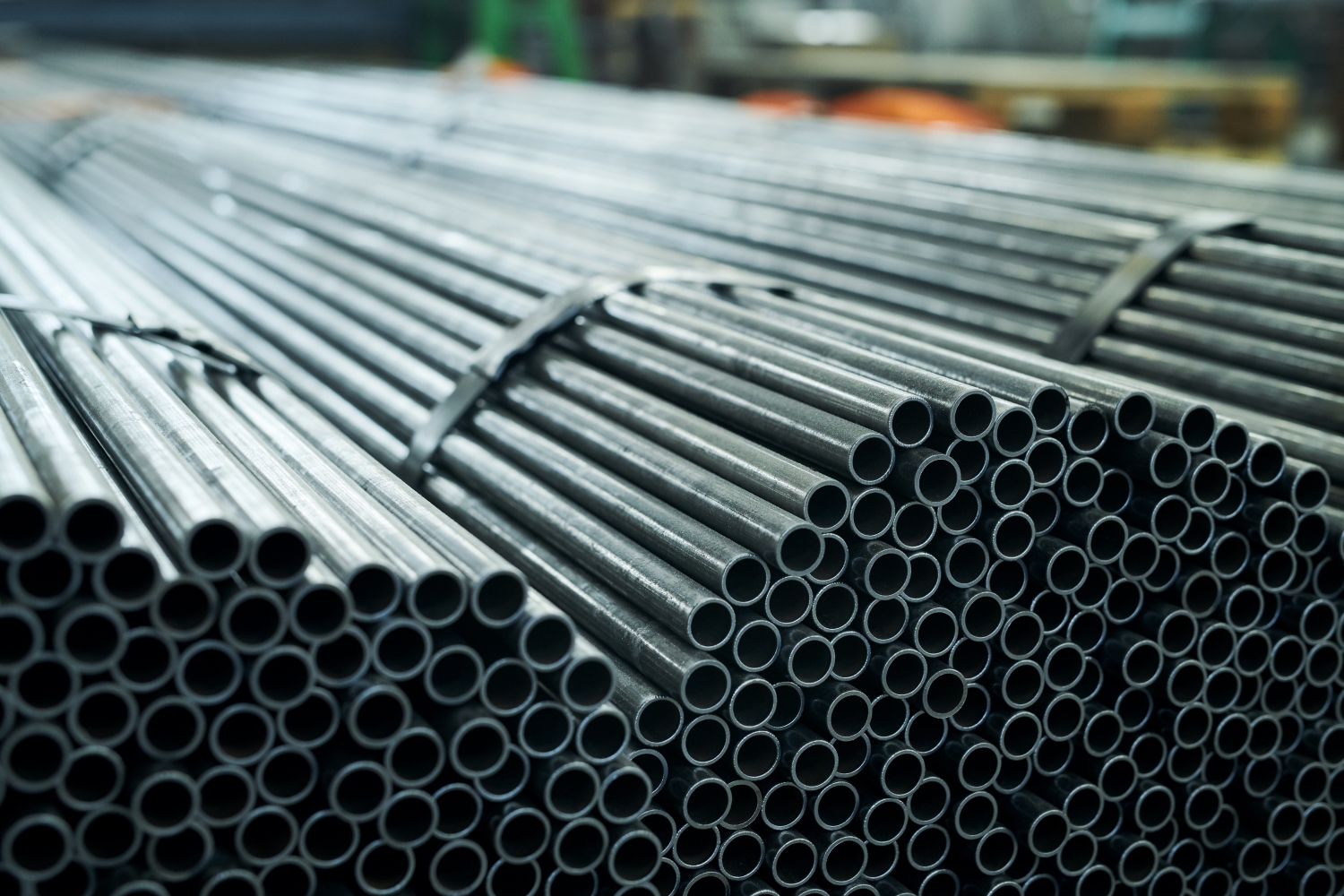 Lyte can bundle stock in two ways. The first way, you just tell Lyte how many sticks of stock you can bundle at a time and the program will generate a nesting to take best advantage of it. For example, if your machine can handle four sticks at once, Lyte will look for and nest parts in multiples of four, as well as multiples of three and two. After cutting all the groups of four, Lyte will prompt the operator to remove one or more sticks to cut the remaining multiples before continuing on with all individual part cuts.

The second way to bundle is to use Lyte’s automatic bundling optimizer. With a click of a button, Lyte will analyze your entire cut list and determine the degree of bundling that’ll minimize material waste. After that, Lyte will let the operator know how many sticks to load at each stage of the cut job.

Easily label drops for later use

PypeServer Lyte’s advanced nesting capabilities minimize wasted material by leaving the shortest possible end cutoffs. However, if your cut job doesn’t have enough parts to use up a whole stick, you might be left with a sizeable drop. To make sure those drops don’t go to waste, Lyte now has the ability to automatically generate a label for any drop longer than a threshold you set. The drop label has its own template separate from the part label template so you can label your drops with whatever info you need to efficiently store, identify, and re-use them later.

All building materials are subject to defects, whether from the manufacturing process or damage during shipping.  PypeServer Lyte now lets the machine operator tell the software where the defects on the stock occur and how large they are.  Lyte will then automatically nest parts around the defects to minimize material waste. For example, if an 8’ 2X4 lumber stud has a knot in the wood at the 24” mark, the software could nest an 18” and 60” parts from the cut list working around the defect.

PypeServer Lyte brings the power of advanced machine automation to smaller tools such as TigerStop, RazorGage, Scotchman and Kentucky Gauge, at a very affordable price. PypeServer Lyte allows fabricators to pull tube, pipe, strut, all-thread, lumber, or any other parts directly from BIM or CAD models and send them directly to the shop floor for cutting. In most instances, Lyte can be installed and the operator trained in less than a day.

Get the latest insights on fabrication workflow from PypeServer. 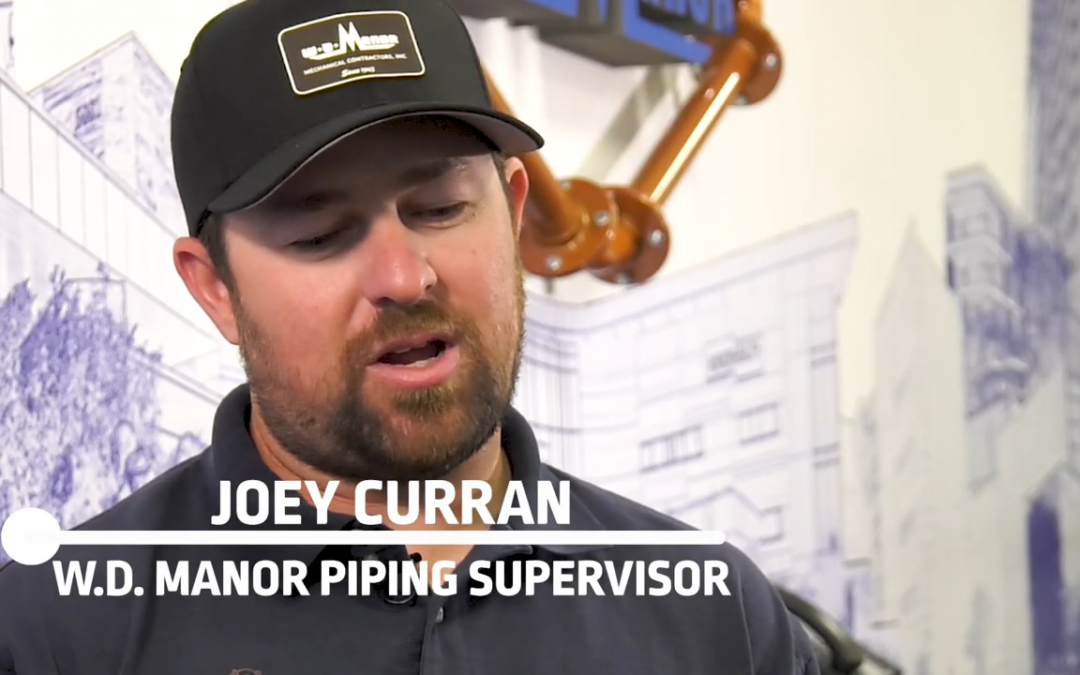 "We went from the slowest process center shop to now the fastest process, with the Lincoln table a huge difference. It's a night and day difference cutting pipe that might probably be ten times faster than we were before. I'd recommend that you would have to go with... 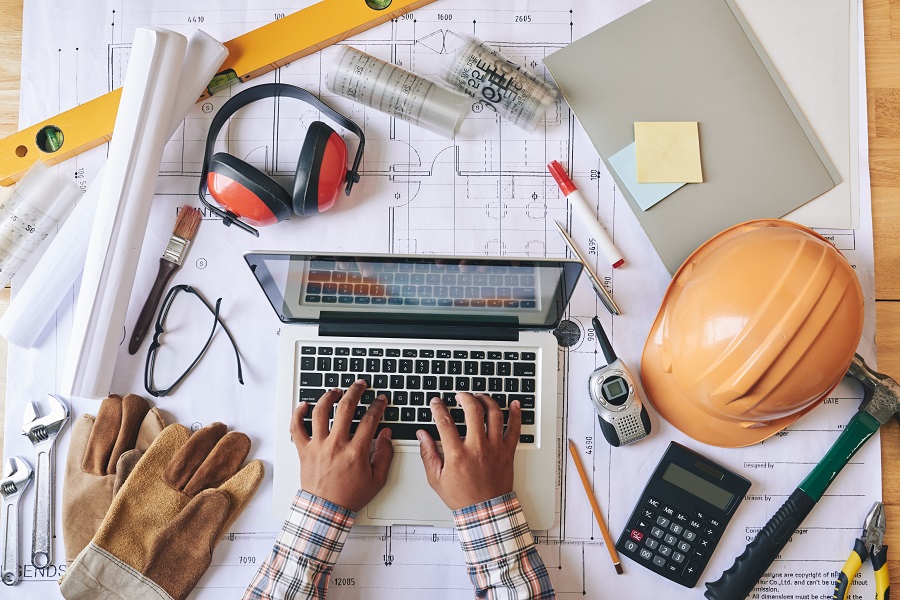 Job Description PypeServer is growing and this is the right time to join an amazing team that is scaling the business for high-growth! Our Outside Sales Manager will play a crucial role in expanding our market presence. Background PypeServer creates software for... 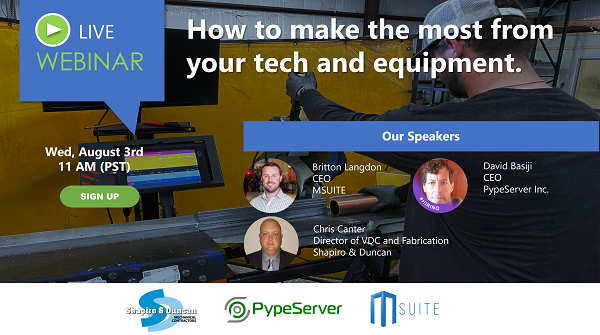 Live Webinar: How to make the most from your technology and equipment.

See a demonstration of the PypeServer Enterprise workflow with MSUITE and Vernon pipe profilers. Learn how leading MEP contractors like Shapiro and Duncan are successfully integrating their tech stack with machine tools on the shop floor. View a demonstration of...

The #1 industrial cutting software on the market.

Since 2010 PypeServer has been the industry leader in machine automation for industrial cutting.

Learn how PypeServer software works across multiple machine brands and with a variety of CAD and BIM tools to streamline the way your fabrication shop floor works.